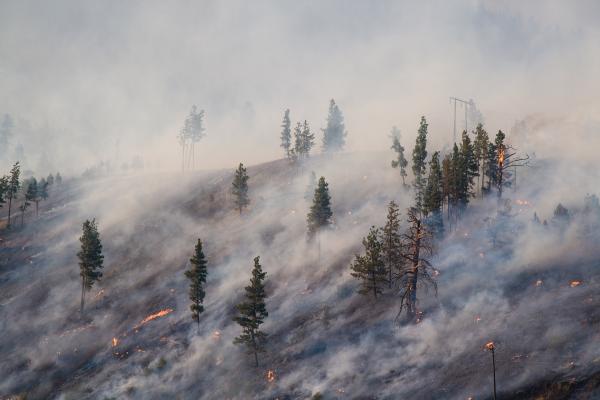 Formaldehyde (H2CO) is a naturally occurring volatile organic compound composed of one carbon atom with single bonds to two hydrogen atoms and a double bond to an oxygen atom. It has a pungent odor and is a flammable colorless gas at room temperature. Formaldehyde is naturally created through brushfires and volcanoes, but can also be found and broken down in certain plants.

Formaldehyde formation was once primarily limited to biogenic sources, until the 1800’s when it was first discovered and produced. It is now found in composite wood and household products, such as glue, which can contain and emit formaldehyde, a toxic gas at certain concentrations. It can be released during fuel combustion both indoors (e.g. cooking) and outdoors (e.g. vehicles), with adverse atmospheric effects including carbon monoxide formation. Because formaldehyde is formed intermediately during the oxidation of hydrocarbons such as methane, it can act as a proxy for total oxidized hydrocarbon. Due to its pervasiveness in indoor settings and its environmental and health effects, monitoring formaldehyde is vital to understanding health & safety in the workplace and at home.

Picarro has designed and produced a gas concentration analyzer that precisely measures formaldehyde for laboratory and field studies.