At Picarro, we often write about our products and applications. But we much prefer to read how our customers are using them in their research projects. Cole Brachmann, Guillermo Hernandez Ramirez, and David Hik with the Departments of Biological Sciences and Renewable Resources at the University of Alberta, Edmonton, have taken time to pen a description of their summer soil flux study. Thanks to all three for sharing their experience.

Alpine ecosystems are predicted to be one of the most vulnerable regions to climate change. The rate of climate warming in these areas, roughly twice the average rate, is having profound effects on these ecosystems. Community composition in these areas is changing as treeline and other montane adapted species advance upslope into the alpine ecozone. Concurrently, glaciers are receding in these areas exposing new terrain that may be colonized by pioneer species. These drastic changes to the landscape and plant communities will likely affect, and be affected by, soil properties. The soil could potentially be affected in a number of ways including changes in the microbial community, chemical properties, and physical properties, all of which effect soil carbon fluxes. We were interested in understanding the differences in soil properties, including carbon fluxes, between recently-deglaciated terrain and more developed terrain in Bachelor Pass, in the Columbia Mountains, British Columbia.

Historically, soil fluxes have been difficult to measure in situ in remote areas due to the complex logistics that accompany remote field sites. However, the Picarro GasScouterTM mobile gas concentration analyzer allows for quick and easy measurements, and subsequent analysis, of flux data from remote sites. We were able to setup 37 flux chambers along Bachelor pass, and measure the carbon fluxes in the soil multiple times daily for the duration of our short field season in late July 2017, which will allow us to determine the difference in carbon dioxide and methane fluxes between recently-deglaciated Regosolic soils and more developed Brunisolic soils as well as along elevational transects. This information can be used to not only provide a baseline of carbon fluxes in these areas, but also to allow for an estimate of potential changes to carbon sequestration in these areas as climate change continues. Interpretation of the data gathered can lead to important implications on carbon storage in the area, and on future climate projections in mountain ecosystems.

The team also provided the following images with captions.

Figure 1. The Picarro GasScouter analyzer setup with soil flux chamber in Bachelor Pass, Colombia Mountains. The analyzer was used to measure the CO2 and CH4 fluxes from the soil twice daily over three days in early August. This allows for an in situ measurement of real time fluxes at the soil surface. (Photo: Guillermo Hernandez Ramirez) 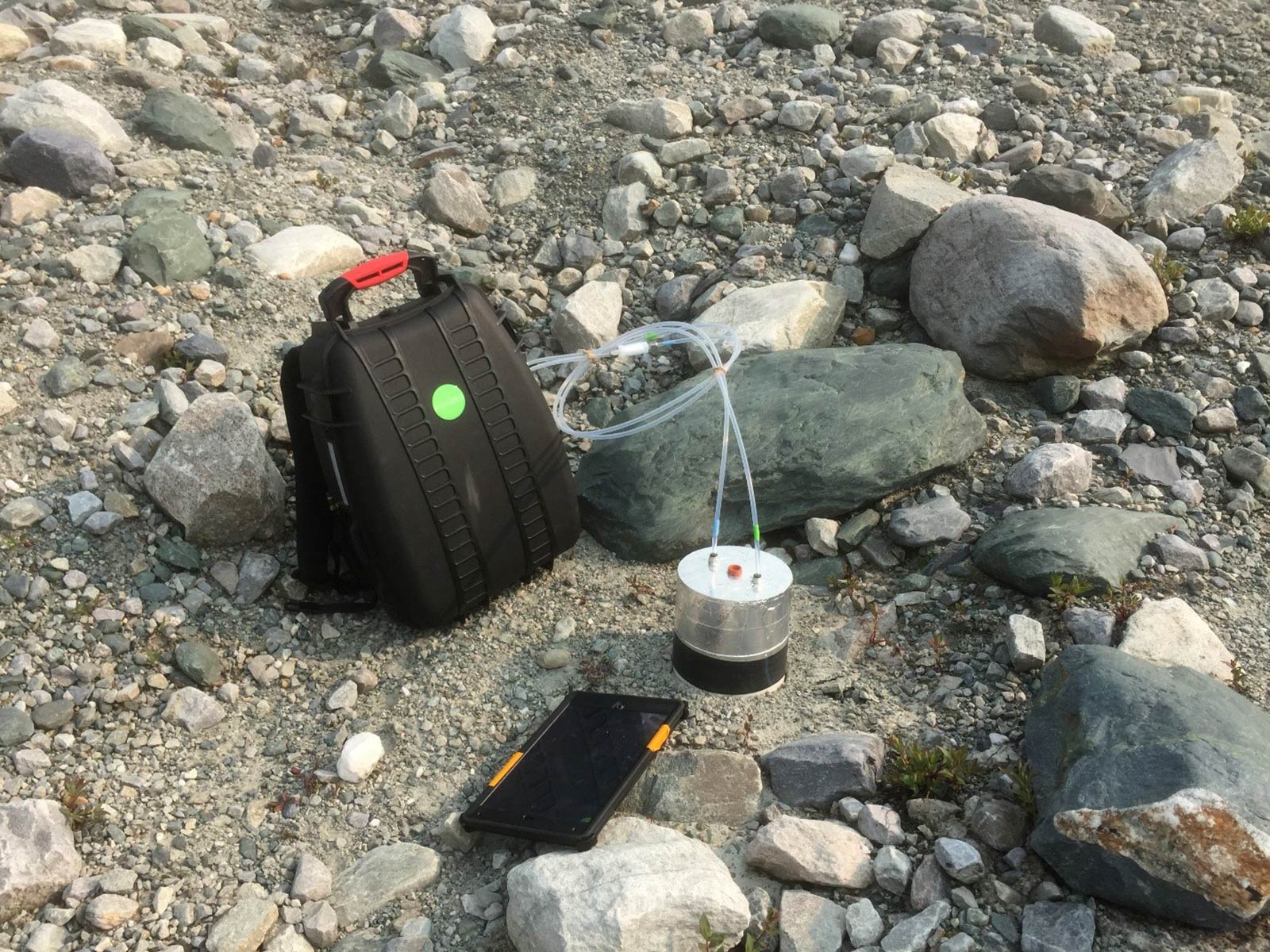 Figure 2. The Picarro GasScouter analyzer setup in recently-deglaciated terrain near Bachelor Pass in the Columbia Mountains, British Columbia. Carbon fluxes from early soils are not well understood and can be highly variable. These measurements provide an interesting comparison between soils that are more developed in terms of microbial and physicochemical properties. (Photo: Guillermo Hernandez Ramirez) 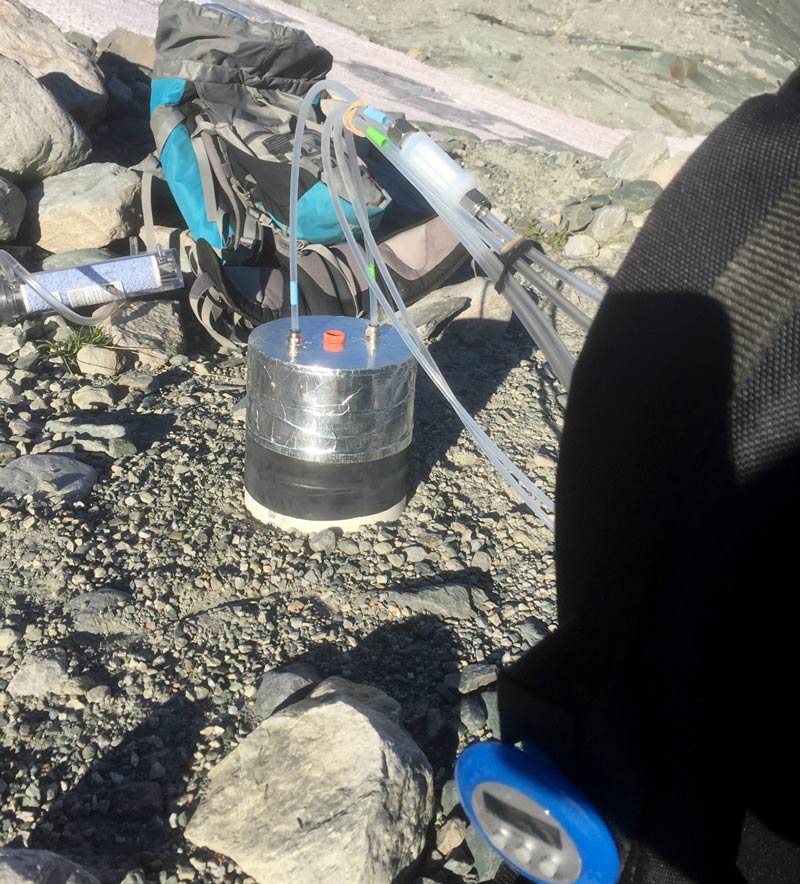 Figure 3. Flux chamber installed in a recently-deglaciated site used to determine the change in the amount of CO2 and CH4 released from, or taken up by, a given area of soil at a given time. The changing concentration of gases within the chamber are measured with the portable Picarro GasScouter analyzer. (Photo: Guillermo Hernandez Ramirez)