BEIJING, CHINA — I had the opportunity to speak with one of our customers, Dr. Zhonghe Pang of the Chinese Academy of Sciences, on using water isotopes to understand and mitigate climate change including: land use and ground water recharge, modeling geothermal reservoirs, and testing the CO2 storage capacity of deep saline aquifers. Here’s a transcript of that conversation.

Gregor Hsiao (GH): China has a very large population and limited water supplies, especially in the North. In what aspects of your research are you looking at water resource management and how are isotopes playing a role in this?

Zhonghe Pang (ZP): The water shortage in the north is of major concern to both the Chinese government and society. We are looking at the consequences of climate change on water resources. For example in Xinjiang, the northwestern region of China, we enhanced the monitoring of isotopes in precipitation because the previous data was very limited. We also introduced eventful monitoring and used the data to develop a spatial and temporal model of precipitation. In the publication in Tellus-B [1], we describe how Deuterium excess was used to understand the precipitation in this arid region. We’ve also looked at moisture sources and the role of recycled moisture in precipitation (Figure 1). In the paper published in Journal of Hydrology [2] we compared sensitivity of the water systems in the northern and southern Xinjiang towards climate change. There are a number of additional papers looking at water resources in China in various stages of publication [3] and most of them apply the stable isotopes of water to understand the local water cycles (Figure 2).

Another area of interest is land use change impact on ground water recharge, specifically in the Loess Plateau of northern China. The Loess Plateau has been studied for many years by my institute and paleoclimatology data from these studies has been widely used to help understand global climate history, but not much work has been done on ground water. Our work focused on direct estimates of ground water recharge by a combination of stable isotopes and chloride mass balance [4]. Using hand augers we took soil profiles up to 20 meters deep to obtain soil water samples (Figure 3). Stable isotopes were used to extract information on evaporation and were highly complementary to the chemical work. One of the biggest gaps in groundwater resources is the estimation of ground water recharge. Typically this is done with reverse modeling and it is not very accurate and overestimates groundwater recharge. This is very critical in arid regions because groundwater tables are dropping to below 100 meters in North China for example, and there is a very fast draw down rate—inaccuracies in recharge rates only compound the problem. In our research we found that conversion of natural grasslands to crops such as winter wheat on the Loess Plateau reduced the recharge by nearly half, a difference attributed to the difference in root systems between vegetation types (Figure 4).

Another major concern is the highly elevated levels of nitrates found in groundwater across the entire North China region. Nitrates are above acceptable levels and we are using isotopes to understand the mechanism of migration of nitrates applied as fertilizer. The migration from unsaturated zones into the groundwater table is dominated by groundwater circulation. We can understand this best by using the stable isotopes of water to understand the interaction of water in the different zones. Some of this work was presented at international conferences (e.g. Europe-China bilateral program ASEM) a few years ago and some publications are in the works on this.

GH The North China Plain sits on top of a very large geothermal reservoir. I understand some of your research involves looking at how this reservoir can be used as an energy source, can you elaborate further?

ZP: The eastern part of China is very rich in hot water resources, indeed we are very lucky to have a combination of a high geothermal background with large deep groundwater reservoirs in the North China Basin (NCB) and other ‘hot basin’ locations. These are close to major population centers and are at accessible depths of 1000-2000 meters, or in other cases greater depths. In fact the big cities including the capital city of Beijing and port city Tianjin have been using this as a source of district heating for 30 years but the recharge is not well understood (Figure 5). Water recirculation is very complex in these karstic (limestone) reservoirs as they are heterogeneous. We sampled from various parts of the basin to understand where recharge occurs and which mountain ranges are responsible. By using stable water isotopes, radiocarbon data, and artificial tracers we were also able to develop a new model to understand the NiuTuoZheng uplift reservoir in NCB [5]. More southerly locations in China such as the Jiangsu and Subei Basin also have similar large reservoirs. China is the world’s largest user of geothermal energy for heating and this model will help us continue this and mitigate climate change by the use of this natural heating source [6].

GH: One of your most recent publications looks at the possibility of using deep saline aquifers for sequestration of carbon dioxide. Can you summarize the results of this research and explain what role the measurement of the stable isotopes of water plays in understanding carbon dioxide sequestration? Is it possible to use this as a means to monitor the efficacy of sequestration?

ZP: Starting in 2007 I became interested in carbon sequestration although I had no previous experience in the matter. It was generally recognized that deep saline aquifers (DSA) are an excellent choice for carbon dioxide sequestration because of their accessibility globally and high potential in storage capacity. Understanding that storage capacity and how carbon dioxide migrates relates to properties of these aquifers and rock-water interaction is critical. We developed an isotopic model to better understand these interactions. In addition we performed a field test in the Bohai Bay Basin (BBB) where we injected 305 tons of carbon dioxide (Figure 6) over 26 hours and have monitored it over 3 months including continuous monitoring of the stable isotopes of water. Water isotopes are crucial to this work because of the information they give about the deep saline aquifer [7]. For example before any sequestration takes place the shift in Oxygen-18 compared to the groundwater gives insight into the mineral composition of the DSA matrix. The carbonates and calcites present will react with injected carbon dioxide and knowledge of what is present initially helps predict storage behavior. After injection Oxygen-18 give information about the carbon dioxide exchange and is used to estimate the storage capacity. In addition there was a remarkable shift in Deuterium post the injection; you’ll have to wait for the next publication [8] to learn more on this. We are also using carbon and sulfur isotopes to give us further information as well. This research is benefiting from the interdisciplinary team working on this project including experts in rock-soil mechanics and groundwater flow modeling.

Prof. Zhonghe Pang is a hydrogeologist at the Institute of Geology and Geophysics of the Chinese Academy of Sciences in Beijing. For more information on his research and publications see his English language homepage. 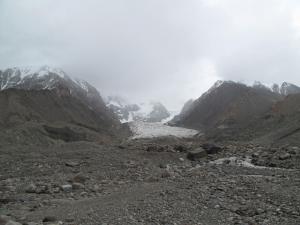 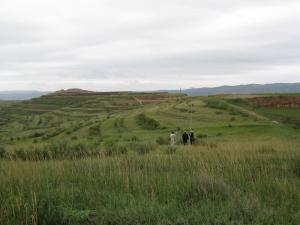 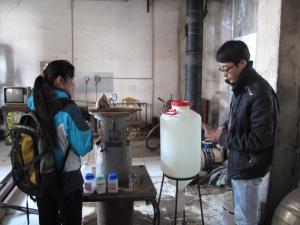