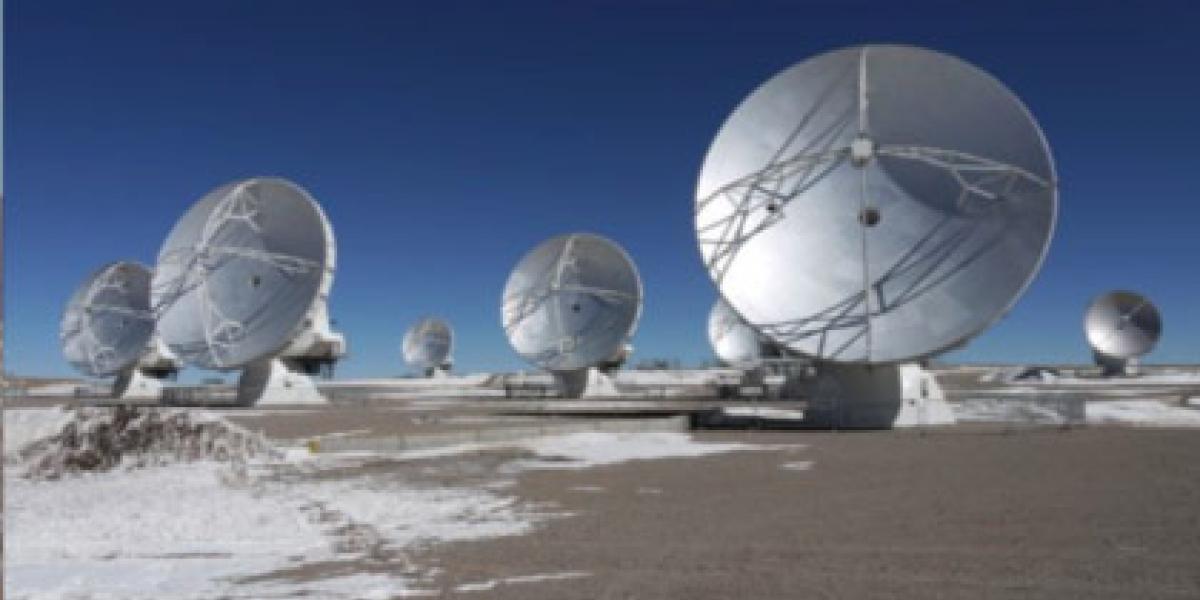 I had the opportunity to speak with one of our customers, Dr. Joe Galewsky of the University of New Mexico at Albuquerque, on his long term water vapor isotope monitoring project in Chile. The location offers a unique opportunity to understand how climate change is affecting the atmospheric water vapor cycle. Here’s a transcript of that conversation.

GH: The location you are measuring water vapor isotopes is really unique. Can you describe it and the challenges of working at such a location?

The main challenge of working on the Chajnantor Plateau is the altitude – even just climbing a ladder at 5 km is a major exertion! It is also very cold and windy, making work very challenging. Fortunately, the infrastructure and staff at ALMA are excellent, and without the support of ALMA, this project would not be possible. While we work during the days at the high-altitude site, we spend the nights down at 2400 meters in a comfy guesthouse in the very pleasant town of San Pedro de Atacama. This makes the field work much more pleasant than it would be otherwise!

The Chajnantor Plateau is located in the subtropics, similar to Mauna Kea in the northern hemisphere, but much drier. If all of the water vapor in the atmosphere above Mauna Kea were to fall as precipitation, there would be about 2 mm. In contrast, at Chajnantor the amount is more like 0.5 mm! It’s an otherworldly site and it looks a lot like Mars!

GH: A lot of people would wonder: Why measure water in place where it doesn’t even rain most years. What is the interest in the measurement?

JG: The Chajnantor Plateau is located in the heart of the southern hemisphere subtropics, right at the mid-tropospheric minimum in relative humidity (often as low as 1-2%, with water vapor concentrations as low as 200 ppmv). Because water vapor is the most important greenhouse gas, and because of the potential for large changes in water vapor concentration in the subtropics, climate scientists are very interested in understanding the processes that control the humidity in the subtropics. Climate models predict a doubling of the specific humidity in some parts of the subtropical relative humidity minimum, but there is debate about what processes will govern that doubling. We think that measurements of water vapor isotopologues over time will help us to distinguish between the different processes that have been proposed.

GH: How did you get the support necessary for a project that involves long term field measurements at such a remote location?

JG: We have two main sources of support for this multi-year project. First is from the ALMA observatory, who have agreed to host our experiment and provide a climate-controlled space with electricity and network connectivity for the instrumentation. Water vapor is of great concern to radio astronomers because it is the major absorber at their observation frequencies, so they are very interested in our work. Second, we received funding from the NSF Climate and Large-Scale Dynamics Program to purchase the instrumentation, support the field work, and support a graduate student to analyze the data. We are leveraging existing NSF investments in the ALMA observatory to add a new dimension of scientific research for a relatively small additional investment.

GH: Now this might be a bit off topic but I understand you spent time outside of the earth sciences field, in fact you were working a well-known and successful start-up company in the Silicon Valley during the Internet boom. What, if anything, from that experience was helpful to you research now?

JG: After graduate school I worked as a software engineer for several dot com start-up companies in the San Francisco Bay Area, including Netscape back in the late 1990s. It was very valuable experience and was complementary to my scientific training. The private sector focuses on bringing projects to completion on time and on budget. Most scientific training does not include training in project management. This is a necessary skill; especially for complex projects such as the research we are undertaking in Chile. Collaborations like the one we have with Picarro can jointly advance the mutual interests of academic researchers and private companies. There’s no question my time in the Silicon Valley was helpful:  that experience showed me how the private sector works.

GH: The response to your pilot project publication in Geophysical Research Letters was quite strong. I’m sure a lot of readers are wondering: when are the next results coming out?

JG: At the upcoming AGU meeting in December I will be presenting the preliminary data from the first four months of measurement. I’m at home (New Mexico, USA) right now and I am logged onto the analyzer in Chile and I am looking at the data real time. It is just beautiful and I’m looking forward to presenting it at AGU. After the first full year we’ll have seasonal cycle data and plan to include this is in a major publication in 2013.

GH: What directions do you see this research and associated technology taking?

JG: Long term measurements are critical to understanding climate change. There are many groups undertaking such projects world-wide. For example, my friend and colleague David Noone at CIRES was recently recognized for his modeling work on the water vapor cycle. Ideally these long term projects can be linked together into a cooperative network. This would provide the data needed for big advances in our understanding of complex global systems such as the atmospheric water cycle.

This project uses a Picarro L2130-i isotopic water analyzer together with an A0213 Standards Delivery Module to measure atmospheric vapor and deliver calibration standards at set time intervals. The fully automated software can also be controlled remotely to change measurement or calibration intervals, as well the standards and concentrations used. 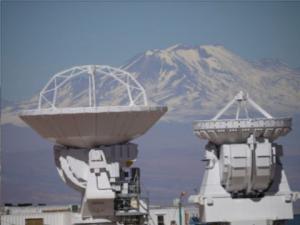 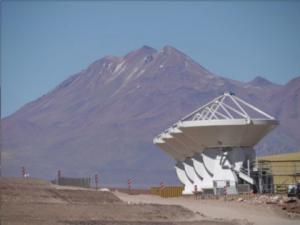 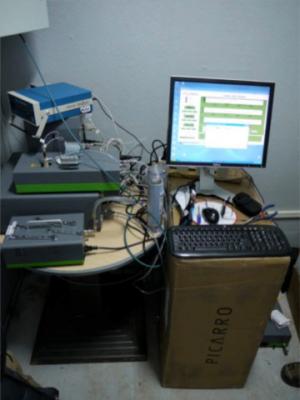