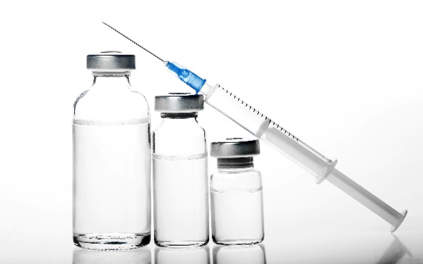 Eli Lilly and Company is a large pharmaceutical company headquartered in Indianapolis, Indiana, USA. Dr. Mike Walsh recently retired from there as Senior Research Scientist in the process analytical technology group. One day, an aseptic processing engineer asked Mike for a measurement device capable of continuously measuring hydrogen peroxide vapor concentrations down to approximately 10ppb.  The engineer explained that Lilly was partnering with another company to bring a new diabetes treatment to market – and it was found to be oxidation-sensitive.  It was unknown how low the hydrogen peroxide concentrations needed to be before product could be introduced into the barrier system.  They needed a measurement system that would allow them to expose the product to targeted low concentrations to evaluate how much hydrogen peroxide could be present without significantly impacting the product.  Mike and the project team set out to find the best measurement solutions for determining trace levels of hydrogen peroxide during research and process development activities, but also with an eye towards potential process monitoring in a manufacturing environment.

Mike found a system that was an automated version of the well-known horseradish peroxidase assay for aqueous samples.  The instrument, which was designed for continuous environmental monitoring, included a module in which the hydrogen peroxide from gas phase samples could be quantitatively absorbed into aqueous solutions and then measured as a liquid assay to concentrations below 1ppb.  Using this technology, the initial product exposure studies were successfully completed including concentrations well below 100ppb.  Although this measurement technology was useful for research studies, it was too complex for use in a manufacturing environment, so an alternative technology was needed.

Tunable diode laser measurement systems looked particularly promising to Mike.  “I had thought that tunable diode lasers would be the way to go given their high sensitivity and ability to minimize interference from water vapor. I would go to process analytical conferences and ask them (spectrometer manufacturers) if they could do hydrogen peroxide. but nobody was really interested in even pursuing it,” says Mike.  He finally found one company who was willing to evaluate this analysis and they developed a prototype instrument, but the instrument was ultimately unable to meet the sensitivity requirements.

Then, after the initial product exposure studies were completed, he found out about Picarro.

Based on the product specifications, Mike proposed to the product team that the Picarro G1114 (the first-generation model, now superseded by the third-generation PI2114) would be a suitable option for monitoring vapor phase hydrogen peroxide in a manufacturing environment.

“So we bought one for the manufacturing site and it exceeded our expectations.  We did a lot of testing with checking linearity, detection limit, accuracy and precision, response time, interferences and things like that, and it really worked well. I was surprised how stable the calibration was.  When we calibrated it 1 and 2 years after purchase, we got virtually the same response factors that were originally present in the instrument.  So yeah, we’ve been really happy with the instrument.”  Although the automated horseradish peroxidase system is more sensitive, the Picarro instrument can continuously measure the low end of the range of hydrogen peroxide concentrations that have proven to be important during filling of oxidation-sensitive pharmaceutical products and does so with a system that is much easier to operate and maintain.

Mike also thinks the Picarro analyzer is ideal for product exposure studies.  “You can put open containers of product in the barrier system at target concentrations (of vapor phase hydrogen peroxide) and evaluate how much degradation occurs because of absorption of the H2O2.  First off, you’ve got continuous measurements so you can see if there’s any kind of upset in the concentration that might confuse the experiments. And second, if the concentration is changing slowly then you’ve got enough data to calculate what the average effective concentration was over the exposure period.”  Continuous measurements also enable researchers to evaluate how factors such as humidity and temperature can affect the residual hydrogen peroxide concentrations. 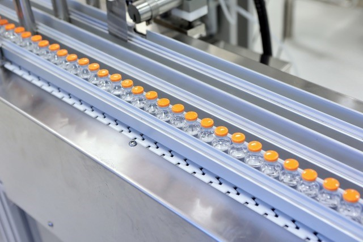 It’s now more than 10 years later.  Mike has retired and enjoys teaching woodworking at Purposeful Designs, a custom furniture company founded for the purpose of providing jobs to people who are struggling with homelessness, prison records or prior drug use.  And the Picarro Hydrogen Peroxide Analyzer is still the best choice for continuous, real-time monitoring of low levels of hydrogen peroxide, whether it’s for product exposure studies, process development, or process control and optimization.  The latest version, the PI2114, can measure down to 3.3 ppb, and has many built-in compliance features that make it easy to incorporate it into a cGMP environment.  For more information, visit www.picarro.com.

Dr. Michael Walsh is a retired Process Analytical Chemist.  He formerly worked at Eli Lilly and Company investigating and implementing new technologies for controlling pharmaceutical manufacturing processes.  Prior to joining Lilly in 2004 he worked at the Dow Chemical Company as a Process Analytical Systems Specialist and has also served as a Nuclear Power Engineer in the U.S. Navy.    Dr. Walsh has worked in the field of process analytical technology for more than 25 years and has led projects developing new process analytical technologies as well as implementing more than 150 instruments into production plants.  Dr. Walsh received a Ph.D. in analytical chemistry at the University of Illinois at Urbana-Champaign and a B.A. in chemistry at Vanderbilt University.

A self-described “Technology Nerd”, Tom has over 35 years of experience in chemical measurement, mostly in the fields of chromatography and mass spectrometry.  He is responsible is for Picarro’s isotopic analyzers and associated peripherals.  Tom has a Ph.D. in Chemistry from Michigan State University. He thinks CRDS in general, and isotopes in particular, are “really cool”.