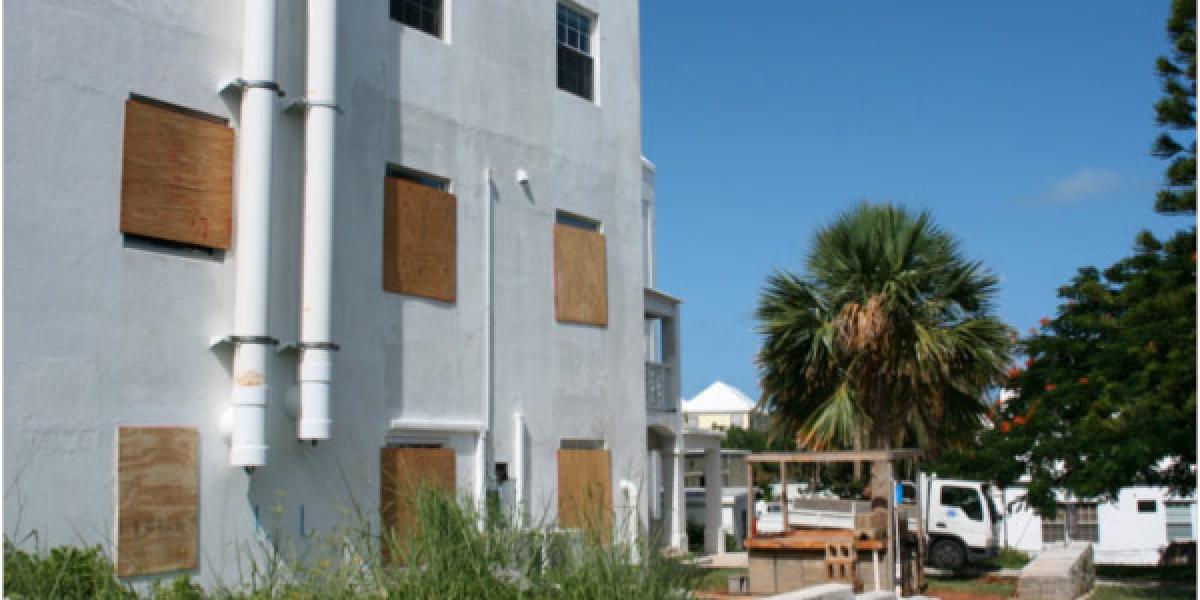 Hans-Christian Steen-Larsen is a Postdoctoral Researcher affiliated with the Danish Council for Independent Research, Denmark and CIRES, University of Colorado - Boulder, USA.

Bermuda and Greenland are two locations rarely mentioned together in the same breath, but for my research they are quite interconnected. After spending many field seasons at the NEEM drilling site in Northern Greenland with subsequent analysis of the water vapor isotopic composition it came time to better understand the moisture sources for the snow falling in Greenland. We do not know this but it could turn out that a significant part of the moisture source is as far as south as 35° N. And this is what brings me to Bermuda.

Field studies I initiated last year in Bermuda showed interesting correlations between the deuterium excess of atmospheric vapor and the in situ meteorological conditions. Coupling of deuterium excess and 17O-excess should according to theory allow us to better deduce the conditions in the moisture source regions of the snow that falls in Greenland. But we have to check the theory first.

Thanks to a research engagement with Picarro we’re making continuous measurements of all of the stable isotopes in the atmospheric water vapor at the Bermuda Institute for Ocean Sciences. Only few times before have 17O-excess observations of water vapor been made outside of a highly specialized laboratory and the first time they have been made continuously on atmospheric vapor. This advanced prototype was already tested for laboratory measurements of liquid water and performed very well, we’ll see how it does under field conditions. For those of you not familiar with 17O-excess measurements: they are performed by about 5 labs in the world and require precision of ~5 per meg. 17O-excess is calculated by looking at the miniscule deviation from the essentially fixed relationship between d18O and d17O. Most samples of meteoric water span a range of about 30 per meg in 17O-excess, the most complete study to date was done by Boaz and Luz in 2010.

Just as field measurements in Greenland are challenging so are measurements in Bermuda. Conditions are both hot and humid with water vapor concentration in the 3-4% range. At this very moment hurricane Leslie is predicted track takes it over Bermuda in about 3 days. This is actually one of the reasons we planned this field campaign for August-September: tropical storms and hurricanes have unusual isotopic signatures and are responsible for a large amount of the northward moisture advection.

Already there are some very interesting facets to the raw data. There are significant oscillations in both concentration and isotopic composition on the short time scale, these might be related to large scale eddies in the atmosphere caused by raising plumes of hot air. We also see significant shift over few hours in the water vapor isotopic compositions as a cold front passed by. If major tropical storm or hurricane passes close to Bermuda it should get very interesting. We plan to present these results at the upcoming AGU meeting in December. But for now I’ll enjoy Bermuda’s contrast to Greenland (but I should point out my accommodations in Bermuda don’t have air conditioning either but plenty of ants!).

UPDATE: 11 September 2012 - Post Hurricane Leslie: The hurricane changed her mind after having been nearly stationary for several days south of Bermuda. Everybody was ready here: windows were boarded up and emergency procedures were in hand. Students were moved from outlying buildings into the safer main building. After I secured the Picarro water vapor analyzer to run through whatever weather the hurricane would throw at Bermuda I waited peacefully with fellow scientist at the institute for her arrival. The rain started around 1:30 am early Sunday morning and lasted for the next 20 hours. The preparations we made paid off—there was excellent quality data obtained on the water vapor isotopic composition throughout the full passage of the hurricane! To support the water vapor isotope measurements we also collected rain on an hourly time basis. These samples are later going to be measured for all three isotopes and for a range of ions as well. It will be very interesting to compare the vapor and precipitation data. Hurricane Leslie is now on her way to Iceland where we are ready to measure its water vapor isotopic composition as well. The data from Iceland and Bermuda will then be compared to each other as well as model results from high resolution general circulation models. This is will be very exciting to present at the upcoming AGU meeting this December in San Francisco. 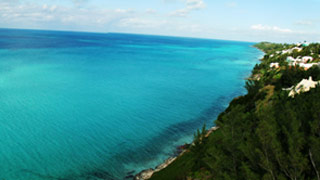 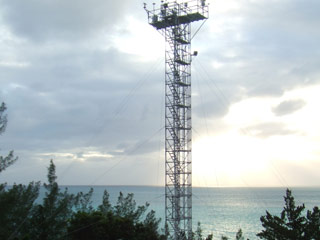 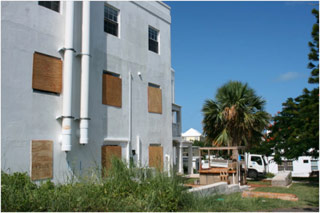 Bermuda Prepares for Hurricane Leslie: windows are being boarded up, power shut down, and critical items moved to safer locations in advance of the storm. The forecasted wind speed at landfall in Bermuda is 105 mph (169 kmh).